PBD: A walk in the Park 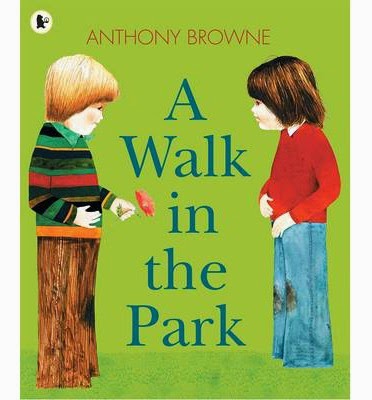 This wonderful book by Anthony Browne has recently been re-released with this new cover. For readers of Browne's work, this is the "prequel" or original version of the story that became Voices in the Park - one of Browne's most popular, and I would add, most intriguing and sophisticated picturebook. In this book, we are introduced to the names of the two adult characters - Mrs. Smythe and Mr. Smith. The story is told as a single perspective narrative rather than the four part narrative in Voices in the Park. For many years, this book has been out of print and copies were extremely expensive. So good to have this book available now for a reasonable price.